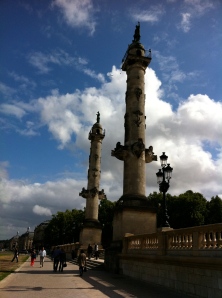 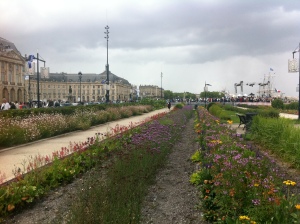 A few days ago, my sister and I went to Bordeaux for ” La fete du Fleuve” ( River Festival). Bordeaux used to be an affluent port in the past, so this festival is celebrating the history of the port and of the city. 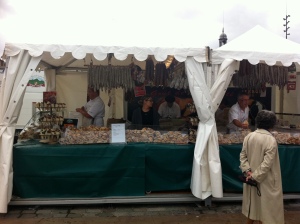 For the occasion lots of merchants came to sell traditional pastries, clothes and so forth. Even people were stationed at different parts of the docks and were performing songs, dances, and fights. 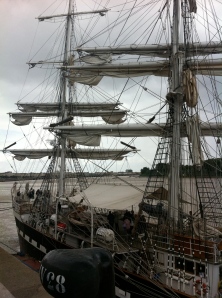 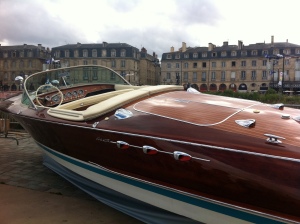 Old ships were also displayed for people to visit, or to take a boat ride. 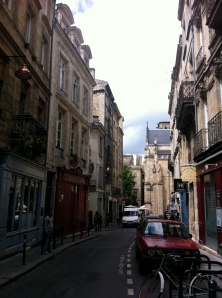 After walking along the Port de la Lune ( harbor classified in 2007 as one of the most beautiful site by UNESCO, World Heritage Committee ), we strolled through the cute streets of the town.

Since we spent the day there, it was quite late when we came home so no time to spend hours in the kitchen. Just like me, my sister looked in her fridge to see what she had and brewed something quite good even though I am not too pasta… 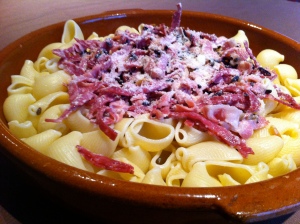 Ingredients: 1 small box of spaghetti or pasta of your choice. 1/3 lb of prociutto, 1/4 cup of pine nuts, 1 cup of heavy cream, salt and pepper to taste.

Fill up a saucepan with water and add 1 tbsp of salt. Bring to boil. When the water is boiling, lower the temperature to medium, and add the pasta. Cook until al dente ( about 10 minutes). Meanwhile, in a large sauce pan, saute the prosciutto that you would have sliced thinly ( as you would with bacon). When the prosciutto is getting crispy, add the heavy cream and bring to boil. 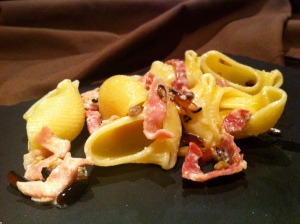 Season with salt and pepper. Cook for 2 minutes until the sauce thickens, and set aside. In another small frying pan, saute your pine nuts on medium heat, but be careful to stir so they will not burn.

Drain your pasta, and place in a large bowl. Add the sauce with the prosciutto and the toasted pine nuts and mix well. Serve on each plate and sprinkle with grated swiss cheese or parmesan. Serve with a salad…. How easy was that!!!!!!:-) 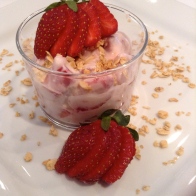 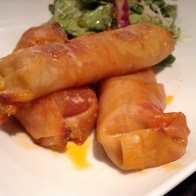 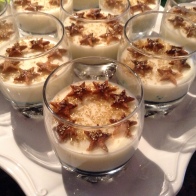 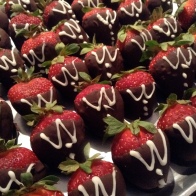 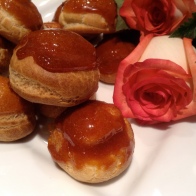 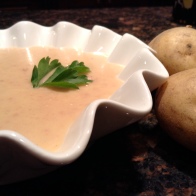 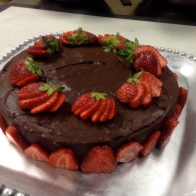 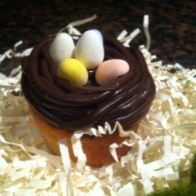 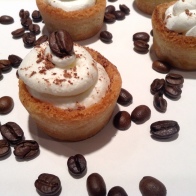