What are you ? a chocolate addict or a fruit junkie. I am a chocolate addict, and would rather have chocolate over any other desserts out there except maybe French fruit desserts such as charlotte, tarts and clafoutis.  AAah those clafoutis…I can still picture my mom making them on Sundays. See.. In France Sunday often equates lavish lunches and yummy teas in the afternoon. If we had nothing planned, mom would spend her morning making sumptuous cakes, but if she only had a limited time she would make easy desserts such as tarts, meringues, and clafoutis. And we would gather as a family in the afternoon to eat those cakes…Where does time go?!?!

Clafoutis are easy desserts because they need only a few ingredients, they cook in a flash and you can add any fruit that you like. I had intended to fix a pear dessert for one of my cooking class, but when I found out that many people would be attending, I decided to make something easy, fast and yummy like a flan which made me think of a clafouti. It had been such a long time since I had eaten one.. In fact, I think that the last time I ate one was in France at least 10 years ago.

There are many recipes out there, but this one is one that my mom used to make. 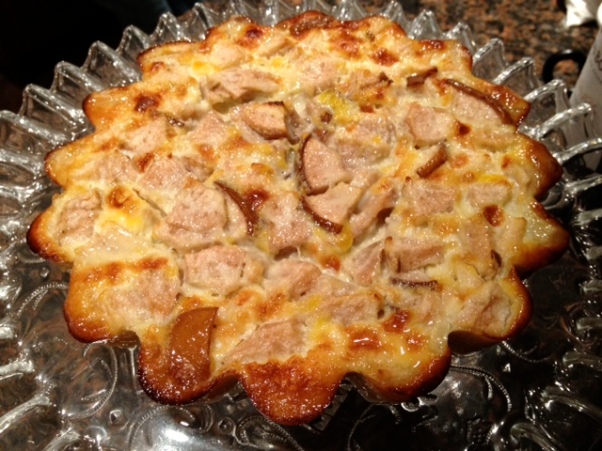 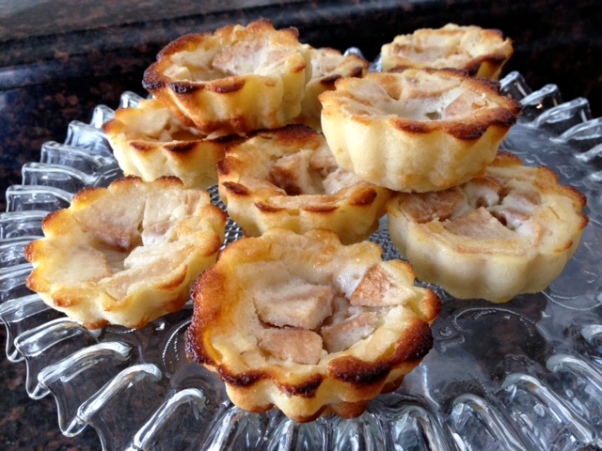 In a bowl, add the eggs, the sugar, the flour and the vanilla and beat well to mix. Fill up the fluted cupcakes tray or the daisy mold with the pear to half their capacity. Then pour the dough over the pear to almost the top of each cupcakes. Sprinkle some granulated sugar over the top of the cake and cook at 400 for 15 minutes for the little cupcakes, and 30 minutes for a cake. 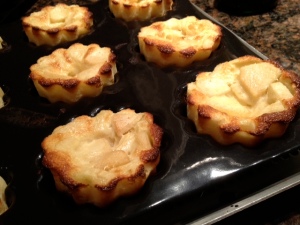 This cake can be eaten warm right out of the oven, or cold. You may drizzle warm chocolate over the clafouti for added flavors, add a scoop of ice-cream or eat it as it. Yum!!!